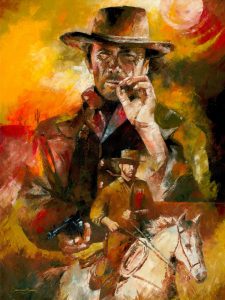 Who doesn’t love Clint Eastwood the actor? A legend in movie theaters all over the world. He is most famous for his western cowboy films. Who can’t forget the well-known images of him smoking his cigar and riding his horse.

A few interesting facts about the actor.

1.  When he was drafted for the Korean War, he did not went to war but instead  become a swimming instructor in the army.
2.  He made an emergency landing into the ocean off the coast of California.
3.  He got the role in “Dirty Harry” because Frank Sanatra couldn’t hold a gun.
4. He turned down the role of James Bond and Superman.

You need to read more about this great actor